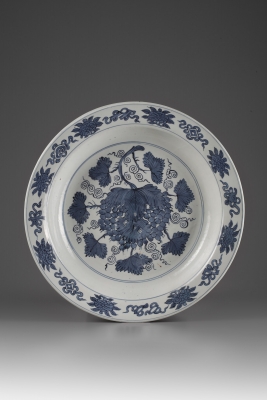 The grape vine design in the central part of this charger was a popular theme for decoration during the Ming dynasty. Grapes are a symbol of abundance, and were first grown in China in the Western Han dynasty (206 BC - AD9).

Chinese porcelain of the 14th, 15th and 16th century found its way to the Middle-East and the Near East, and especially to the Ottoman Empire, either through gifts or as spoils of war. Chinese designs were extremely influential with the pottery manufacturers at Iznik, Turkey. The Ming "grape" design in particular was highly popular and was extensively reproduced under the Ottoman Empire. 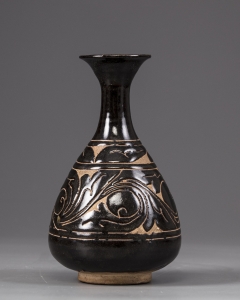 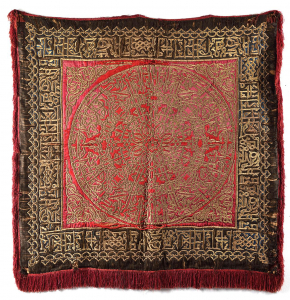 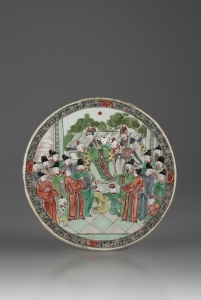