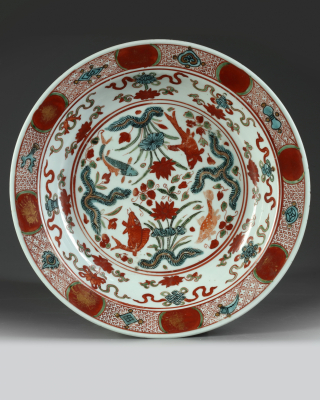 A Swatow Zhangzhou Ware Dish China, Wanli period (1573 - 1620) Diameter: 31.2 cm Loosely decorated with a central scene of fish swimming between lotus with bands of antiquities around the rim, this dish is typical of what is commonly known as Swatow ware. Swatow is a type of Chinese export ware made for the South East Asian market and derives from “Shantou”, a coastal town in south eastern Guangdong province. The majority of Swatow wares were produced in underglaze blue, but also in monochrome and poly chrome colours. It is characterized by the imaginative scenes and somewhat folkloristic style of painting, often with sand residue from the kiln to the base of the object. Recently, Swatow kiln sites have been found in Zhangzhou prefecture in Fujian province for which reason the name Zhangzhou ware is now preferred by many Chinese scholars. 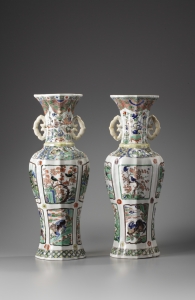 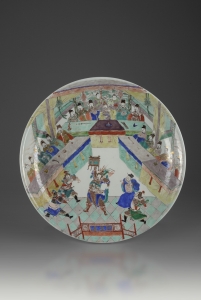 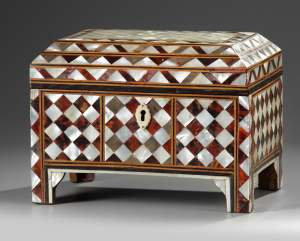