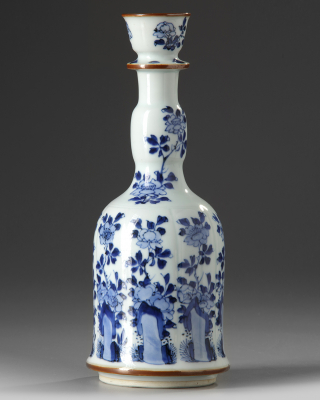 A Blue and White Huqqa base

Of a somewhat elongated bell shape, this huqqa base is finely decorated on the body with panels of blossoming flowers emerging from a rock formation and flowers around the neck, bordered by a rim at the top and bottom in underglaze brown. Small flowers also decorate the top section of the vessel bordered by a third rim in underglaze brown. The "huqqa" was a water pipe through which flavoured tobacco was smoked. It is commonly believed that it was invented in the Mughal Empire during the sixteenth century and its use quickly spread to Persia, India and the Far East. Chinese water pipe bases come in a variety of shapes, the most being bulbous of form. This huqqa base is relatively rare beause of its elongated and elegant form combined with the high quality of underglaze blue decoration. A comparable example of the same shape is in the Baron van Verschuer collection, Arnhem.

A Blue and White Huqqa base
Price on request 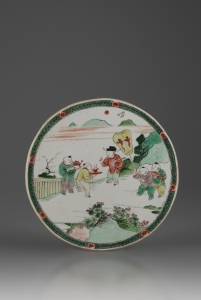 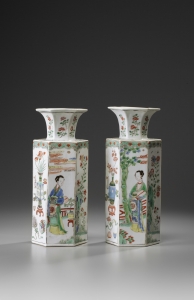 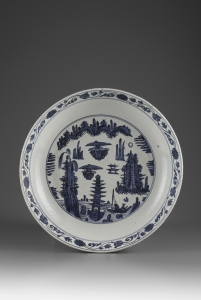